Skip to content
i know, i know, this a super overdue post — i bet some are even over it. i’m not and never will be. ♥ it was hella fun and is always a pleasure to be a part of blogger united. ♥
the preparation
my sister came with me this time — not that i forced her and texted her all morning about it prior to getting the tickets — but because she wanted to help out and we wanted to bring lots of items to sell. we were late for the prep though. we got lost and didn’t have any GPS to guide us and our driver (thanks to my tita) from marikina to makati. thanks to kuya randy, we managed to get our 2 suitcases and 2 balikbayan boxes from the first floor to the 3rd floor where the event was held — there were no elevators! mildred and eden were already there and we immediately began prepping once we arrived. our plan, which we found effective last year, was to place all the pre-loved clothes on the table — we managed to steal 1 more even though we were only allotted one. the rest were on the clothes racks. (note: check out the aftermath of the shoes below)

the place was smaller (but a lot sophisticated with the chandeliers and carpeted floor) so it was easily packed. i wish i could have taken a photo of the line outside because it went from the 3rd floor down to the first and it was raining really hard. the fabulous shoppers were as stylish as the bloggers — i could say, even way more stylish than me. they were young and passionate about fashion and shopping. i could say, i was jealous — i wish i’m still as young as they are.

the last photo is not a shopper but my sister who kept avoiding the camera. a shopper even asked to have a photo with her which she awkwardly & laughingly declined because she said “she’s not a blogger” LOL.

it’s not just being able to sell and live through the bloggers united shopping experience that i look forward to, it’s being with stylish friends whom we’ve had the pleasure of meeting in the blogosphere.

with the kookie buhain of death by platforms — her velvet bell-bottoms are to die for and i was super jealous that she pulled it off like a rock star!

with the down-to-earth and friendly bloggers united organizers, aisa ipac and sarah tirona. 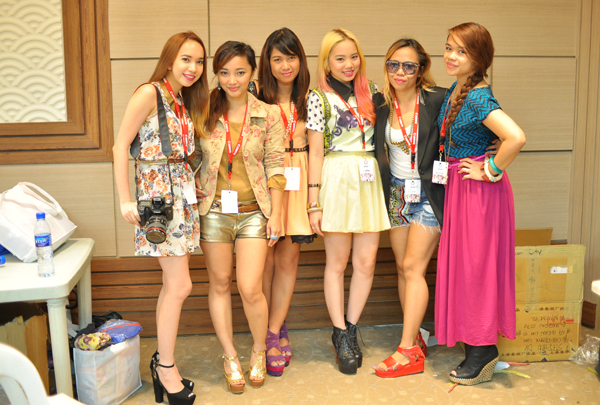 with fellow bisaya-speaking fashionistas from mindanao: mariel of wicked ying and stephanie of fashion bandwagon (stupid me for being so star struck — i was in awe of stephanie’s hair and her chic outfit. i asked her if i could have a photo with her because “my friend loves her blog…” which was awkward & idiotic because i do too. *peace*)

the asian blogger sensation, anastasia siantar of brown platform, who was flown in by the BU team. oh so envious of her hat and her shoes and her hair and oh well, her outfit — gah! 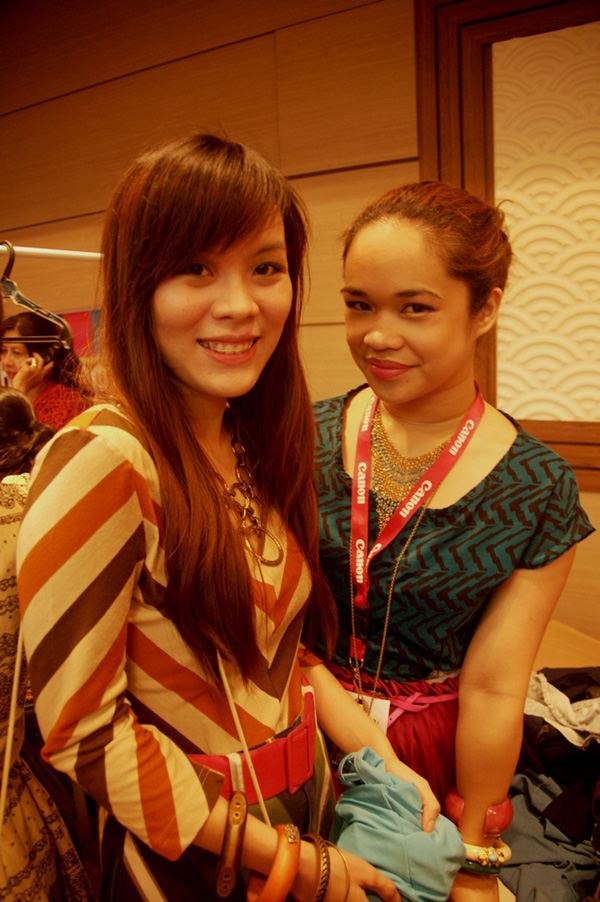 one of our shoppers, lia delfin of wear is mela, who sent me a photo she took of us — it was so embarrassing because i looked really haggard and had money tucked in my skirt like a palengkera. LOL.

of course, with my lovely stylish friends from cebu who’s there with me — vanessa of one frozen margarita, mildred of dred reveris and eden of chic in the tropics

the aftermath
we tried to re-arrange everything every once in a while but gave up by the 3rd hoard of shoppers. as long as everything is sold, they can stay that way. of course, we had to get the clothes that fell to the floor. the ruckus that was in our booth was both delightful, exhausting and funny. for the first 2 hours, all four of us were standing up and dancing along “starships” while we entertained customers. by 1PM (and by the nth replay of “starships”), we took turns sitting down and looked so haggard, it wasn’t funny. LOL. at the end of the day, we had a price drop — we sorted items in 2 boxes, P50 and P100. we were the last of the sellers to leave. *bow*

the outfit
i just realized — i am not creative at all because for two BU events, i wore a simple top and a maxi skirt. boo! nevertheless, i wanted to be comfortable because i knew it was going to be chaotic. 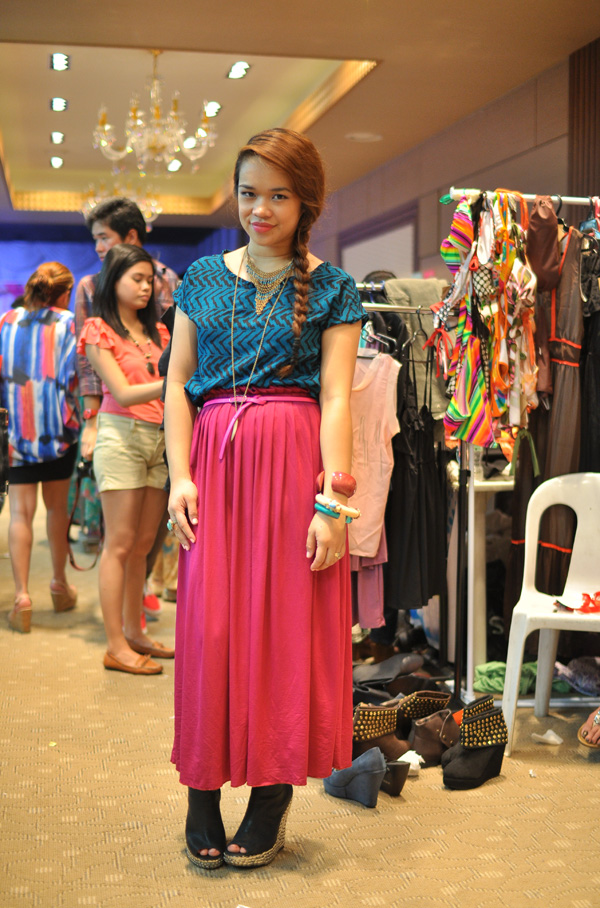 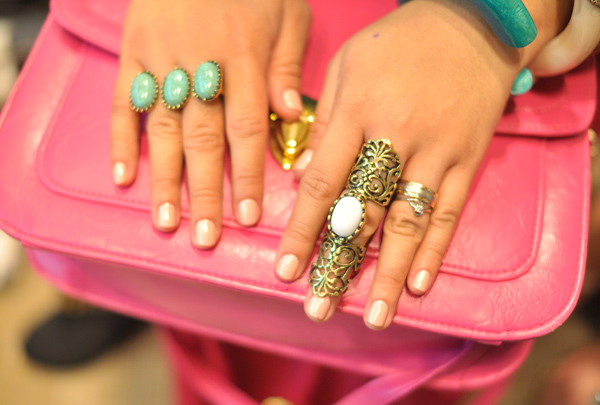 a special note to my readers: it’s been a month, i know! work was (and still is) hella crazy, i underwent another round of physical therapy for my neck and all i wanted to do when i get home from work is lie down or eat magnum or brownies to inject enough endorphine to my system and forget my aching neck. the neck brace is still on — more frequently than i hoped for it to be. i promise though to get back on track and not post sporadically. *scout’s honor* (only i was never a girl scout…LOL).